I didn’t end up paying for Hey.com after the free trial, but there are some of its features and philosophies that resonate with how I want my emails to look like. I’ll leave the reason why I didn’t pay for Hey in this footnote1, and will dedicate the rest of the post to share how I replicated Hey’s Focus & Reply feature with my Gmail account and Spark Email app.

What is this Focus & Reply feature anyway? For those of you who haven’t tried out Hey, Focus & Reply allows you to mark a number of emails to “reply later.” These emails will be removed from inbox to a pile named “Focus & Reply.” When you have a chunk of time to focus, you go into the pile, and tackle the email one by one. With each reply sent, the email is removed from the pile. It’s a great way to make sure you attend to emails that takes small efforts individually, but are mentally tolling as a collective.

So to sum, the features I’m replicating are:

Since I’ve been trying out the Spark email app on my devices, I thought I’d give it a try. The key to replicating the Focus & Reply feature is by using Spark’s “Smart Folders.” They are basically saved search results with multiple criteria.

Now whenever you have emails marked to reply later, you can find them in the “Focus & Reply” Smart Folder. The emails are removed from this smart folder until a reply is made, or until you remove the “Reply Later” label.

I usually leave the labels as-is after replying an email. As long as they don’t show up in the “Focus & Reply” Smart Folder, I’m fine.

Spark is bugged that if you set the swipe gesture to move to a specific folder (in this case, to “Reply Later”), it doesn’t sync well to your other devices. And if you set it up again on, say, your Mac, whatever settings on your iPhone will break after the settings sync.

This is apparently a new issue being actively discussed (and I’ve filed a bug report) so hopefully it gets resolved and fixed soon.

Do 70% of that with Mac’s stock Mail App

Smart Folders are not exclusive to Spark — the stock Mail App on the Mac have had them for a long time, and it’s not too hard to create something that works exactly the same way. 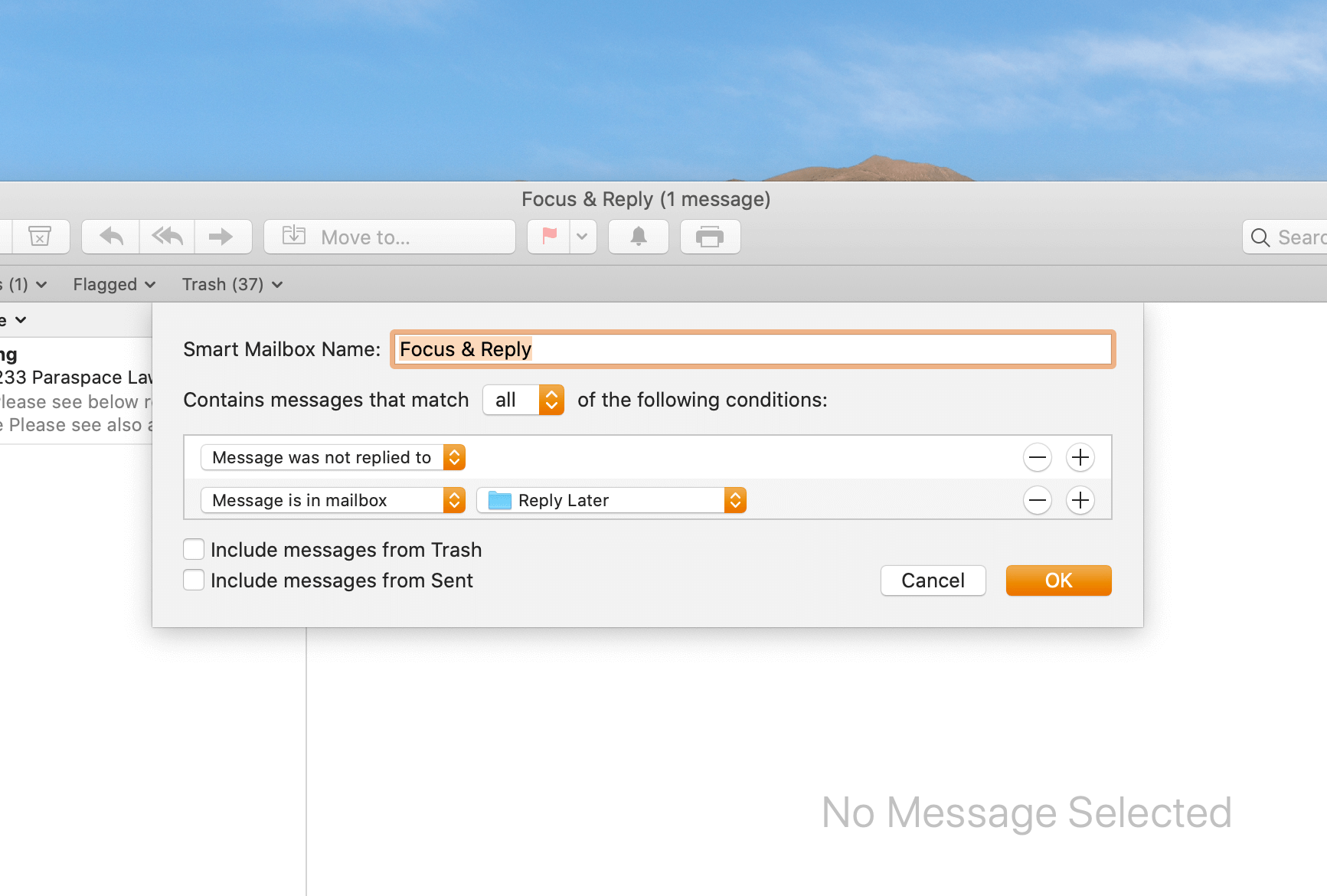 What’s missing from it is the Mail app’s feature parity on iOS. Smart Folders are not there on your iPhone (or iPad — hopefully macOS 11 will bring a lot of the goodies from the Mac to the touchscreen platforms) and they don’t sync.

But you will still able to triage your emails on your phone (just move them to the “Reply Later” folder), and focus on replying from a Mac. You can do away with Spark App altogether, if using a third-party email client is what that concerns you.

Although I didn’t pay for Hey’s email service, they have a fair share of ideas I’d like to see in my daily email routine; Focus & Reply is one of them. I was able to replicate this feature with relative ease with Spark App on the iPhone or the Mac (or with the stock Mail app on the Mac). The key is to take advantage of the Smart Folders feature that we see on many of the email clients out there.