August 22 — We had high hopes for the hike to Rainbow Lake near Whistler. Comments on All Trails said that the hike was “the most scenic trail” in B.C., and boy did that build our hopes up.

The trail was not bad, to be fair — I can’t even complain about it. It’s very well maintained in the BC Parks system with washrooms dotted along. The trail was not muddy and mostly free of gravels. The trailhead has well-marked maps with notice on the condition of the trail (extending beyond Rainbow Lake into the back country), as well as warnings on bear activities. 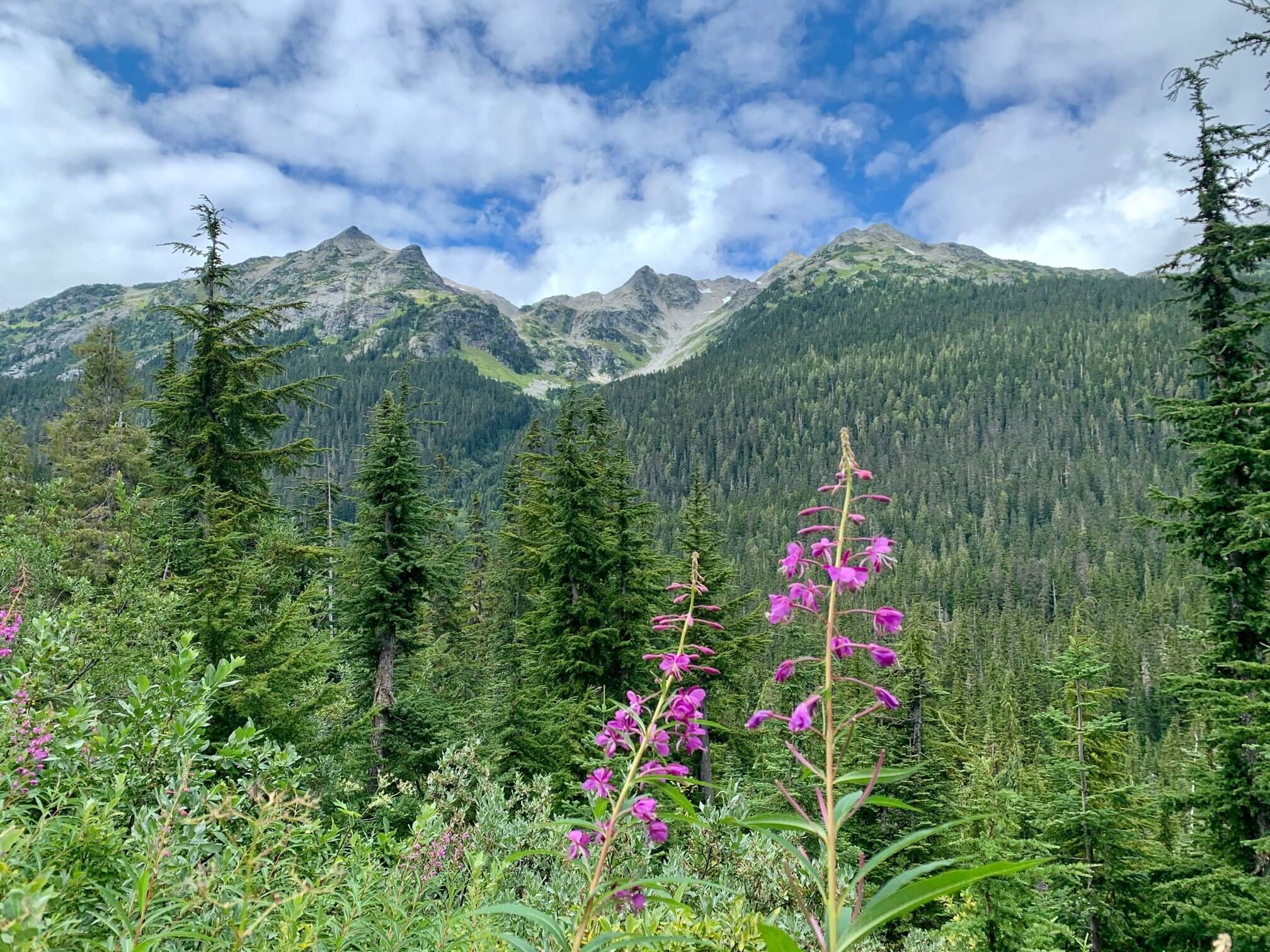 This is as much view as we got from along the trail. It’s honestly not bad; we just had our hopes way up.

It’s just… not as scenic. There was basically nothing to see on the way up, until maybe the last kilometre where there were some clearings. We must have been a few days late for the mid-August blossoms. Even the withered flowers were patchy. Among the clearing you’ll be able to see the unnamed glacier on your right hand side and that’s about it for views en route.

We reached the end of the trail in just a little over 3 hours. Rainbow Lake is not half bad, especially when you compare it to the trail up. The sun was hiding behind the clouds, and the wind made it colder than it looks. We spent about half an hour lingering, taking photos, shaking, and decided to head back down. 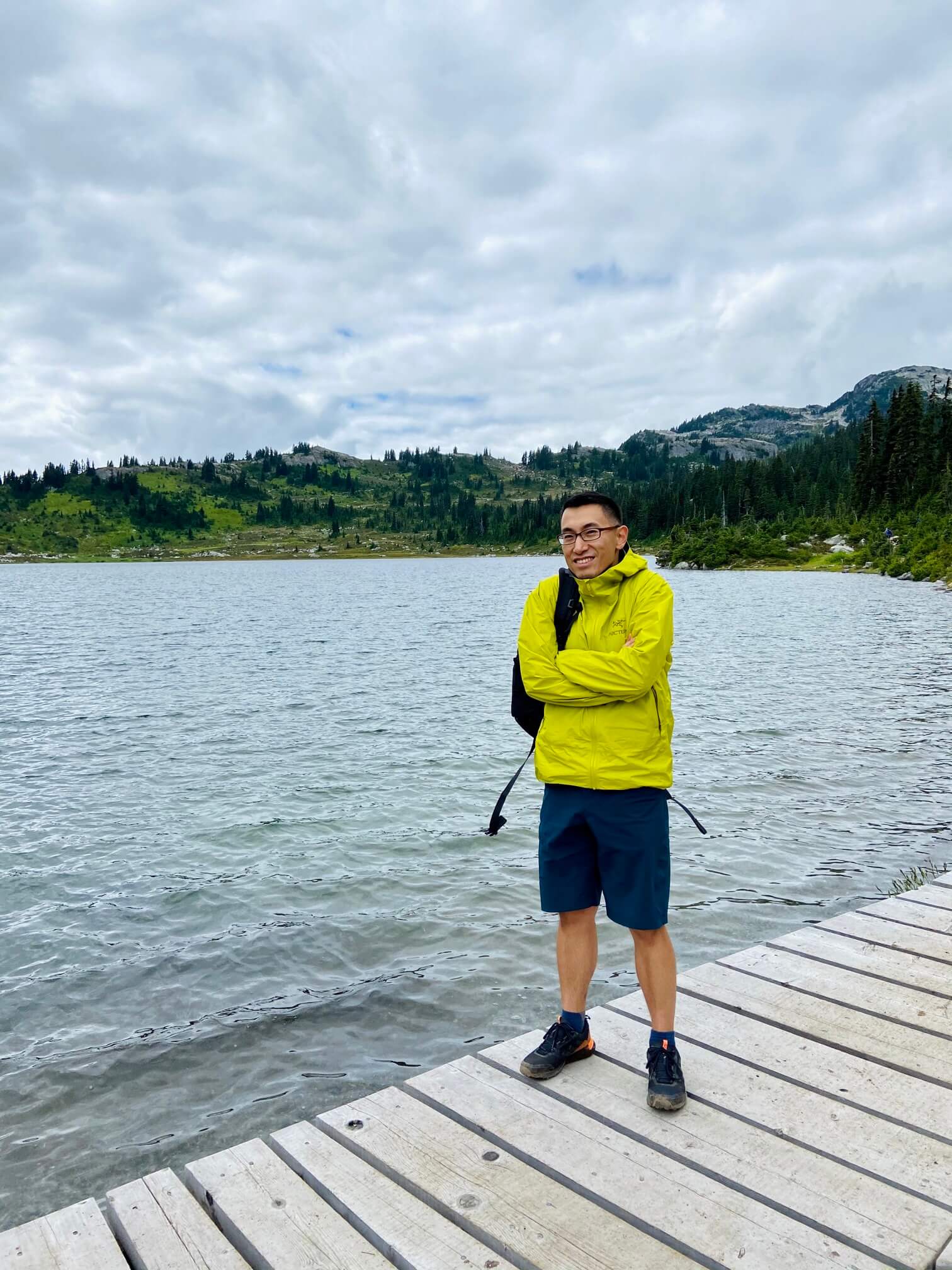 Pretty chilly by the lake. I was the only one who brought proper layers but still…

The way back down was easy — again, thanks to the well-maintained trail. We saw a black bear foraging in the bushes about 20 metres away from the trail. The way down was not even two hours.

Overall, Rainbow Lake trail wasn’t a bad one. It’s probably because of bad timing that we didn’t see any late summer blossoms, and the weather wasn’t exactly the best. Roadside parking was possible, and it’s not crazy crowded despite the full parking lot when we got there. It’s probably worth another try sometime later in the fall or next summer.